The Rise of Prussia game has to be one of the most exciting and enjoyable strategy based games we at Game Reviews have had the chance to review as with every aspect of the game we have been treated to a real masterpiece which offers the gamer so much gaming pleasure.

The game is set in the seven years between 1756 and 1763 where Europe is filled with campaigns to take over various territories from the armies of Europe. What we found about this game was that it was a completely revolutionary experience which opened our eyes to the era the game is meant to depict considerably as we gained so much knowledge of this era from the game.

After many hours of playing this game we have to say it is thoroughly enjoyable with beautiful graphics and some of the most innovative game play we have ever experienced in a game of this genre and this is why we rate it so highly.

We have compiled a Review System for this, of which Rise of Prussia is Rated as Four Stars, the second highest possible score from the Game Reviews Team. 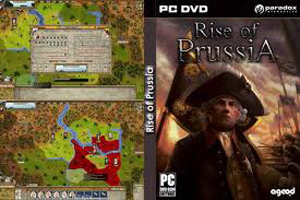 The Website address for Rise of Prussia is: http://www.paradoxplaza.com/games/rise-of-prussia