It has been a long time since we have been able to play a game of the likes of the all new Steel diver game so we were highly excited about the prospect of playing this game and in many ways we were satisfied when we finally got to do this but we were also a little disappointed.

The game begins fine as you are charged with driving your submarine across many different well constructed under water levels as you avoid many different hazards and enemies along the way. The game has ok graphics which to be honest are nothing special as they are quite primitive and could have been made much better. The game play we thought was much better as the game progresses the challenges are much more difficult and provide a fair amount of entertainment which is the only saving grace of the game to tell the truth.

We were disappointed with this game as it did not deliver what we expected but we are sure many of you may have more joy from it than we did.

We have compiled a Review system for this, of which Steel Diver is Rated as  Three Stars, the third highest score from the Game Reviews Team. 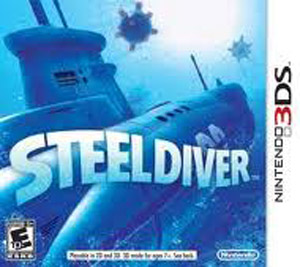