The original StarCraft game was a great success across the gaming world and ever since its first release it has grown in popularity and has a reputation of being one of the most comprehensive and enjoyable PC games ever to be released. The StarCraft 2 game thrusts gamers into a futuristic world where war and chaos rule the galaxy and gamers must lead their military forces against the evil hordes of invaders that are attempting to wipe humanity off the face of the universe. The concept and delivery of this game are absolutely outstanding and we had so much fun from putting this game through its paces as it was both highly entertaining and totally addictive to say the least. One of the best aspects of this game is the graphics engine as the boundaries which many games struggle to break have been smashed with this game as it offer the very best 3D visuals we have ever seen. 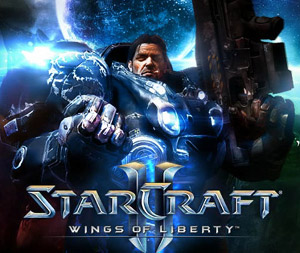 One of the best aspects of this game is the game play as it has the affect of keeping you glued to the screen for hours on end as the challenges and battles are very difficult and only the most skilled gamers will be able to complete many of the tasks. We certainly feel this game is well due the 9/10 rating we have awarded it as it offers the gamer so much more than the previous edition and we cannot wait to see the response it gets when it finally hits the streets.

We have compiled a Review System for this, of which StarCraft 2 is Rated as Five Stars, The highest possible score from the Game Review Team.