Gear up and get ready for one of the most industry smashing sports games of the year as once again it is that time where we wait eagerly for the latest edition of the Madden American football series which has proved to be so successful over the years. This genre of game has been so popular in recent times so we could not wait to get the chance to put Madden NFL 2013 through its paces and we have to say the game fulfilled our anticipation in every way.

EA Sports have improved on the last edition considerably offering all new graphical concepts as well as the latest teams and stadiums offering the most realistic experience of any game from the series. Where this game has been improved the most is in respect of its game play as the characters move much smoother than before and offer a range of tactics and plays that are totally new to this series.

Our thoughts on this game are that if you loved the previous games then you will be sure to love this even more as it is by far the best we have seen from this legendary series to date.

We have compiled a Review System for this, of which Madden NFL 2013 is Rated as Five Stars, the highest possible score possible from the Game Reviews Team. 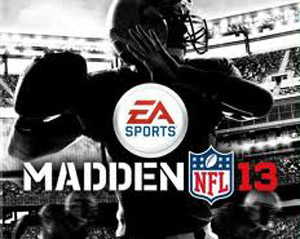