The prospect of a totally revamped and futuristic New Tomb Raider game has been looming for quite some time now and when we finally received news that the game had been confirmed by Square Enix we could not wait to see it in action.

When we got the chance to attend the preview event we could not wait and when we got there what we saw totally amazed us as we could not have imagined this new title would be so good. The game is based on the same theory as the original Tomb Raider game where players will lead Lara Croft to searches for ancient treasures but now it has been updated to this more modern game it is eclipses the original game completely.

The graphics have been improved so much it is unreal and this delivers one of the most realistic and visually striking gaming experiences you will ever have in a game from this series. Tomb Raider 2012 also has not lost any of its game play values as each aspect of this has been improved upon greatly and we really could not have asked for much more from this game. Top marks all round for Tomb Raider from us and we cannot wait to see its effect on the gaming world when it finally lands on your consoles later in the year.

We have compiled a Review System for this, of which Tomb Raider is Rated as Five Stars, the highest possible score from the Game Reviews Team. 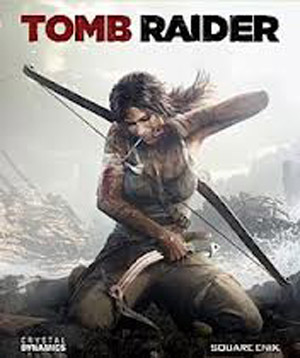 The website address for the New Tomb Raider Game is: http://www.tombraider.com/gb/base/brandsite?refer=19&