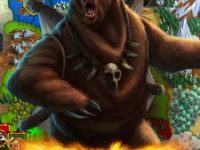 zoe
Review of: Legends of Callasia

A fantastic Multiplayer Strategy game that has impressed everyone at Game Reviews. This is definitely one to watch out for. A 5 Star rating is the most we could give, we would give more if we could.

The Legends of Callasia Game Review

If you love to thrusting yourself into a great Multiplayer Strategy game, then The Legends of Callasia Is definitely one to try for 2016.

The graphics and general game play are pretty impressive, along with the layout of the Maps and general playability factors.

The cross operating / device functionality adds a huge WOW factor, as people on IOS, Computer & Mac can all play against each other.  The potential of this fantastic strategy game is huge, and we do not doubt that the game will be a huge success around the world. The conceptual elements are out of this world, with the occupation of enemy lands being the driving force for online multiplayers to grapple with.

Boomzap have clearly spent a lot of time and energy of creating this Awesome game, they clearly have a gifted creative tech team.

The game is available on the App Store or on Steam for the Mac & Computer at a reasonable $14.99USD

Download Legends of Callasia from the App Store or on Steam for PC and Mac at $14.99 USD

More Information can be found on the Official Website here: http://legends.boomzap.com/

We have also compiled a Review System for this game, of which the The Legends of Callasia is Rated as Five Stars, the highest possible score available from the Game Reviews Team. 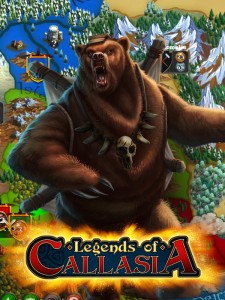 We have added a video below for all of our readers to enjoy:

More details can be found on all of the following resources.