The Crysis series has provided us with two of the best first person shooter games ever to hit the gaming market and now with the third edition coming closer and closer we knew that we would be in store for something special when we attended a preview session with EA Games. Right from the word go the game kicks butt with its highly innovative concepts which see players thrust into a futuristic world filled with danger and horrors which are hard to imagine.

Crysis 3 is set in New York in the not so near future which has been over run by an alien army who are attempting to take over the world as we know it. Players will need to lead their crack troop of soldiers through the city wiping out any of the enemies you come across until you get the chance to destroy their leader. The game incorporates brilliant graphics and seamless game play throughout the game which delivers a completely revolutionary experience which we have to say was one of the best we have ever experienced.

A Brilliant game this and EA Games have improved it so much from the last edition that we are totally sure this will be a huge hit.

We have compiled a Review System for this, of which Crysis 3 is Rated as Four Stars, the second highest possible score from the Game Reviews Team. 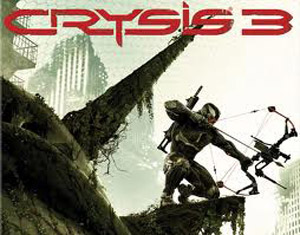