We have been treated to some very entertaining good old fashion beat em up games over the years such as Street Fighter and Mortal Kombat so as these games have been so successful we did not know if the all new Kung Fu Strike game could deliver an exciting performance to us. Fortunately we were so wrong as this game takes this type of game and stands it on its head as it is one of the best we have ever had the chance to play in all of our years as leading games reviewers. The game allows players to compete through twenty eight different stages filled with devastating enemies as you attempt to earn as much money as possible to achieve the highest score possible.

All of the characters within the game come with unique special powers which are effective against many opponents with obviously each character being impervious to some characters powers. We found the game to be very good indeed and great fun throughout and with the exceptional graphics and innovative game play this is definitely one to look out for in the future.

We have compiled a Review System for this, of which Kung Fu Strike is Rated as Four Stars, the second highest possible score from the Game Reviews Team. 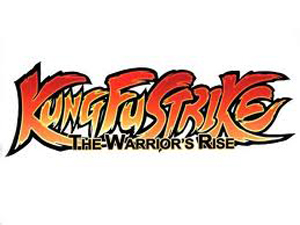 The Website address for Kung Fu Strike is: http://www.playkungfustrike.com/