The mega movie hit has finally landed on our gaming computers and oh boy are you in for a treat as we have been reviewing this game for some time now and we have to say what a brilliant game this is and it has blown our socks off ever since we first received it. Men in Black Alien Crisis follows the story line of the movie where players must lead agent J against many evil aliens who are hell bent on causing death and chaos across the Earth.

The game features amny revolutionary scenes from the movies which really do provide the feel of the game being much more realistic than what we would have expected before receiving it. Game play the Men in Black Alien Crisis is brilliant as it is jam packed with action fight scenes and puzzles which challenge the gamer to the highest level possible and is great fun throughout the game.

One of the hottest aspects of this game is the stunning visuals as they are so good you really do feel like you are in the movie which is quite a coup from the team at Activision. all in all this is a very good game which is well worth getting if this genre is your type of thing and we cannot recommend it enough to you.

We have compiled a Review System for this, of which Men in Black Alien Crisis is rated as Four Stars, the second highest possible score from the Game Reviews Team. 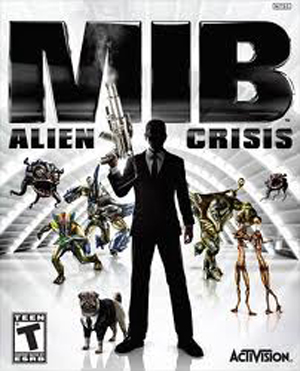