For those of you who love games based around alien invasions UFO Extraterrestrials will be right up your street as it contains everything you would expect from a game of this type and much more. The year is 2025 where humans have colonized a planet called Esperanza but after a short time on the planet we realize we are not alone and the planet was not as dead as we first thought.

We now see many of our workers disappearing and when we investigated we found that there are hordes of aliens living below the surface of the planet who are hell bent on driving us off their home. The games concept and game play are quite phenomenal to say the least and every bit of detail throughout the game has been well thought out and delivered in the best way we could ever have imagined. The tasks within the game are very hard to complete and will take all of the gamer’s skill and know how to be successful in their adventures. The team at Paradox Interactive have done a brilliant job with creating some of the most believable graphics and visuals we have seen to date and this makes the game so much more enjoyable.

Overall this game is a must for fans of this genre and we can see it doing very well throughout the gaming world.

We have compiled a Review System for this, of which UFO Extraterrestrials is Rated as Four Stars, the second highest possible score from the Game Reviews Team. 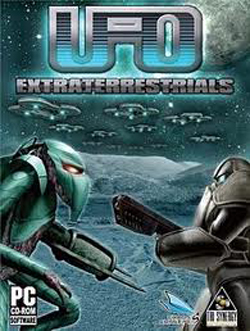