The huge success of the Assassin’s Creed series has shown that adventure games can dominate the gaming genres and for those of you who love this type of game we have a treat for you as we got the first glimpse of the all new Assassins Creed 3 game which is due for release towards the end of 2012. Right from the word go as soon as we saw the game we knew we were in store for something special as the introduction to the game was outstanding.

Assassins Creed 3 follows the same plot and story line of the previous games with the player needing to fulfil many different missions across many landscapes. As well as this we saw the game has been greatly improved with the characters being even smoother running and look extremely real when compared to the previous games. The graphics is where this game is so special as we have not seen an adventure game with this amount of detail within it before and it really did make a huge difference to the feel of the game. Even in the fighting scenes there is no lag or delay and even the smallest bit of saw dust or dirt can seem as real as its sent flying past your head.

Game play is as always exceptional in this game and offers a highly addictive experience that will have you glued to the screen for countless hours and we are sure you will love the experience. We cannot recommend this game enough as from what we have seen we are sure it is going to take the world by storm this winter.

We have compiled a Review System for this, of which Assassins Creed 3 is rated as Five Stars, the highest possible score from the Game Reviews Team. 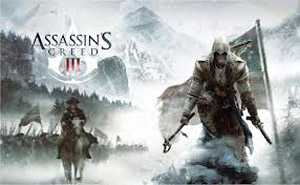